I am a freelance gender and social inclusion researcher and consultant with over 20 years’ experience of supporting development policy makers and practitioners to achieve gender-transformative results by providing direct support and advice; conducting research and analysis; developing accessible, evidence-based publications and convening collaborative global processes with a range of stakeholders. I have multi-country experience, and specialist knowledge of Asia (particularly Thailand, Cambodia, Myanmar, Mongolia, Georgia and the Kyrgyz Republic) and West Africa (Senegal, Mali, Benin). I am fluent in French and Thai.

I have a core conviction that a nuanced, detailed understanding of people, relationships and cultures is the key to positive, meaningful social change. My fascination with people and cultures was fostered during several spent living and working in Japan and Thailand. This led me to study for a Masters’ degree and then a Ph.D. in Social Anthropology at the School of Oriental Studies (link https://www.soas.ac.uk/), London University. I conducted my Ph.D. research in Bangkok, Thailand and field sites in Northeast Thailand. using participant observation and life story analysis to map the motivations and aspirations of women migrating from the rural Northeast of Thailand to Bangkok in the context of rapid development. I published most of my Ph.D. thesis in books and peer-reviewed journals.

I have applied these anthropological tools and knowledge in the field of development, with a focus on gender equality and women’s and girls’ rights.

After four years working in the Thai non-governmental sector on issues that included women’s empowerment; sexual abuse and exploitation of girls and boys; and trafficking in women, I moved back to the UK and worked at the Institute of Development Studies (IDS) for 15 years.

From 2008-2016 I worked with BRIDGE, a globally recognised and highly respected global gender and development research and knowledge programme, based at IDS, initially as Senior Research Officer and then as Programme Director and Research Manager. During my time with BRIDGE I led international programmes working with partners on issues that included women’s political and economic empowerment; unpaid care work; gender-based violence; and gender-sensitive food security and climate change analysis and responses. I led the development of peer-reviewed publications and online resources outlining effective pathways for gender transformative policy and practice. Evaluations indicated that the materials were the ‘go to’ resources for a broad range of stakeholders, including UN and governmental gender advisors, and NGO staff working at the grassroots all over the world.

In 2012-2013 I worked with UN Women in the Asia Pacific region to coordinate a regional study on access to justice for women that took place in eight countries (Cambodia, Thailand, Myanmar, Indonesia, Laos, Vietnam, East Timor and the Philippines). In 2015 I undertook a two-month consultancy with Oxfam Myanmar supporting gender equality work in food security and women’s political participation. I organised a multi-stakeholder roundtable on gender and food security in Yangon and researched and wrote a policy brief on the value of women’s political quotas for Myanmar, which was used as a key lobbying tool.

From 2012 – 2016 I was Director of a $1 million funded partnership programme between IDS and the World Food Programme entitled ‘Innovations from the Field – Gender Mainstreaming from the Ground Up’. The programme focused on supporting institutional learning and capacity building through participatory action research processes. The programme engaged staff in eight country offices (including Kenya, Senegal, Benin, Malawi and Lesotho). The programme approach and findings directly informed the development of the new WFP gender strategy.

I was co-leader of the Institute of Development Studies Gender and Sexuality Cluster from 2014 to 2016, and I am a former Board member of the UK Gender and Development Network (GADN).

Since going freelance in 2016 I have undertaken consultancies for multiple bilateral and multilateral organisations. Assignments include:

Building on this initial success, I am excited to launch Gender Equality Innovations. I am keen to undertake consultancies for all types of organisations, from grassroots micro-level to multilateral agencies. 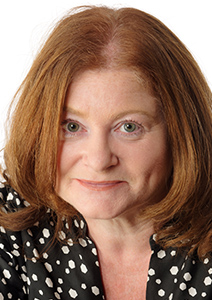 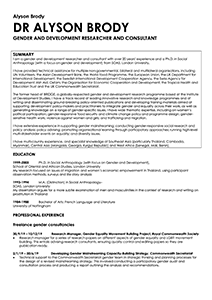 GEI is a gender and social inclusion consultancy established in 2020 by its Director, Dr Alyson Brody. GEI provides services to a wide range of development organisations globally. At the heart of GEI is a commitment to supporting positive social change through high quality, innovative approaches and outputs. We guarantee high levels of expertise, professionalism and excellence.